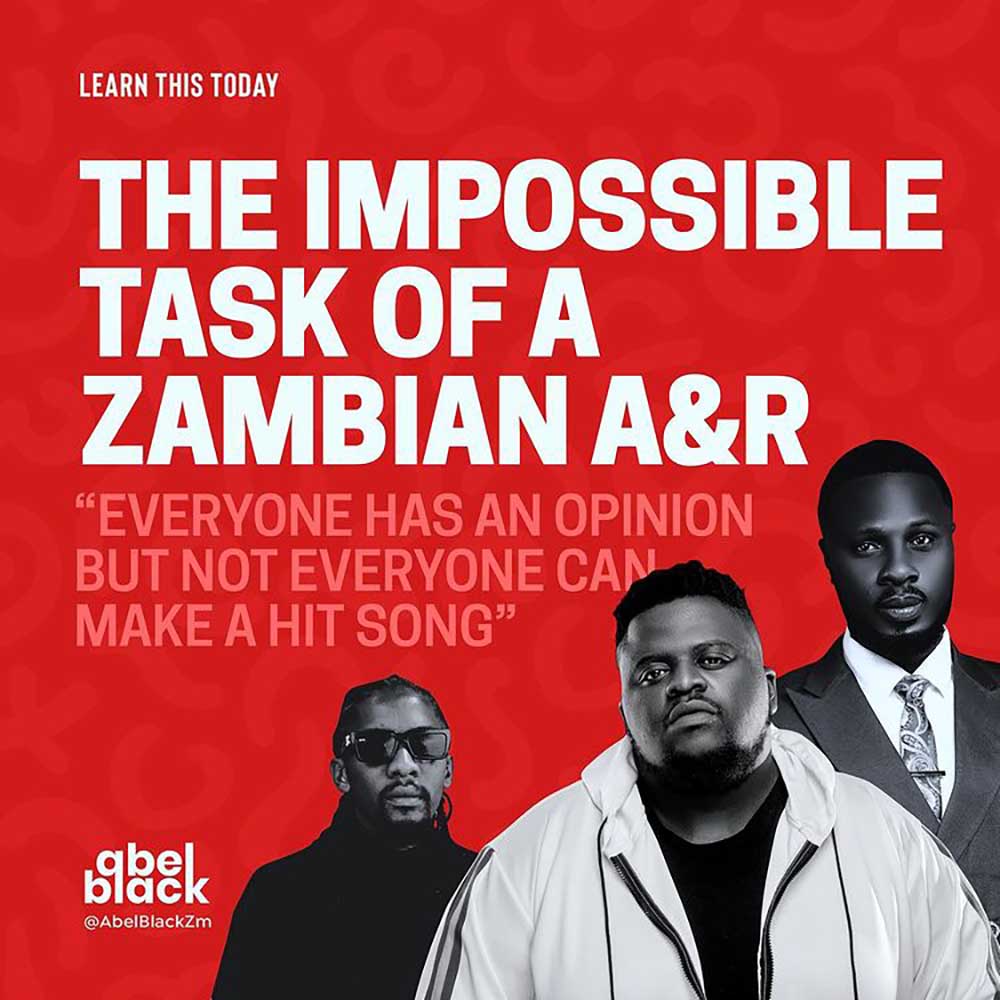 The term A&R means “Hit Maker”. The letters stand for “Artist & Repertoire”. Making musical hits starts from having the right artist. Believe it or not, some artists can’t make hits because they look at it as “selling out” or not being true to themselves.
In a label structure, A&Rs are meant to scout artists with the potential to make hits for the label. This can be done by picking artists that are easy to groom & direct… or the easy route – signing artists that are already making hits.
But wait! What’s a hit? A hit is a song that is a commercial success. Or in our current language, it’s a “viral song”.
But in Zambia, this is tricky. Because being viral doesn’t mean commercial success. If anything, it’s free songs that go viral. In places like SA, songs for sale do go viral.
A&Rs often sign people they like or already have relationships with. Some Zambians might find this unfair, but the honest truth is, you can’t make hits with someone you can’t get along with.

But not all A&Rs work with labels. Some A&Rs work as consultants who people go to, to determine if a song or project is going to be received well by the market.

Even while everyone has an opinion, some people can tell what’s going to be a hit, at least 75% of the time. A skill that comes with experience & understanding the market.
In Zambia as long as an artist has made a song, they want it released. Not every song made has to be released. We understand you spent money, but some songs should be deleted. You won’t wear a shirt that’s too big just ‘cause you paid for it. The best you can do is have it resized.
But the attitude most Zed artists have, if an A&R were to provide feedback on what would make their song a hit, most would take that as criticism without applying the changes stated.

But the biggest battle I think A&Rs in Zambia have is choosing between:
1.An artist or sound that they know is internationally viable or
2.Going with what our market here currently considers a hit.

Why Would You Need A Stylist? (By Abel Luninga)

Why Would You Need A Stylist? (By Abel Luninga) 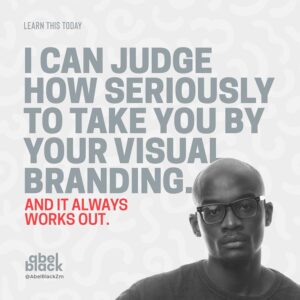 Mag44 Announces Title Of Next Album

Mag44 Announces Title Of Next Album 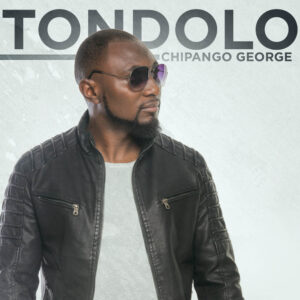 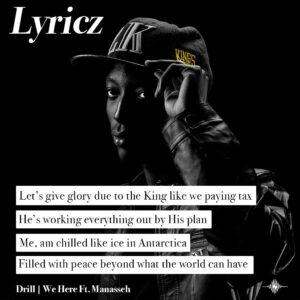